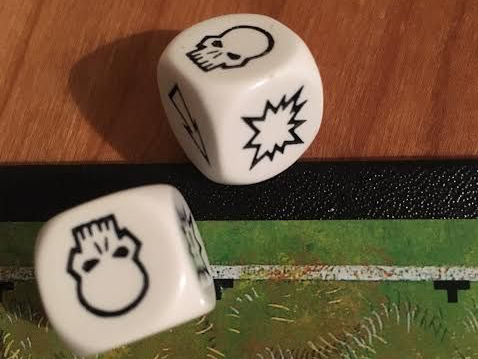 Ended up playing Blood Bowl Team Manager at our boardgame night, last night. It’s been probably close to a year since I last played, and there was a lot of rules refreshing. Mainly because we were including different expansions and had two new players.

I traded the Undead team to someone else, for Dwarves. I thought I wanted a challenge, and usually play Undead and always win. Yes, Dwarves are indeed a challenge! No Sprint skill, no Pass except on 1 guy, and Star Player power is all 3 or less. Compared to Wood Elves, with lots of Pass and Sprint. Or the Undead who start with a 4 Star Power player.

All in all, it reminded me of how fun the game can be. Even if I sometimes feel like it’s ‘Blood Bowl Lite’. The other coaches kept making 1 die blocks, and the little voice in my head kept screaming at them “Never make a 1 die block in Blood Bowl!! Never!!!”. I’ll definitely have to do a comparison post between Blood Bowl tabletop and Blood Bowl: Team Manager some day.

I’ve seen some debates that the Undead in Team Manager are overpowered compared to other teams. I think that the base teams are a little underpowered due to their lack of ‘downed’ skills. Thoughts? What are some people’s favorite teams in BB: Team Manager?